I found a whole bunch of coloured buttons at the dollar store not too long ago.  I couldn't resist picking them up!  What was I going to do with them? 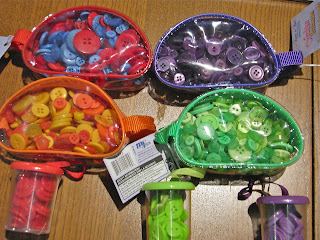 Seeing as St. Patrick's Day is just around the corner I thought it would be fun to make rainbows with them.  I got out my white cardstock, a paper plate, and markers.  I thought about colouring in the sections but Little Monkey knows all his colours so I wasn't too worried about him matching them up.  I would suggest colouring in if you have a little one that isn't familiar with their colours....you don't want them to get too frustrated. 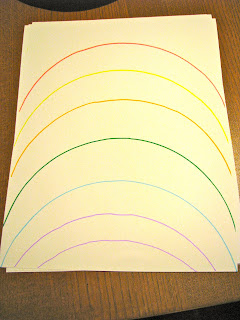 Next we organized the buttons into coloured groups.  I think next time I might leave them a little mixed up for more of a challenge locating the colour he wanted.  I did the colour sorting myself at this stage (honestly I didn't even think of getting Little Monkey to help). 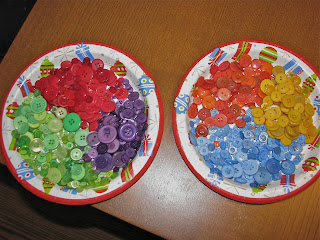 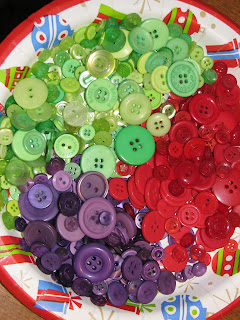 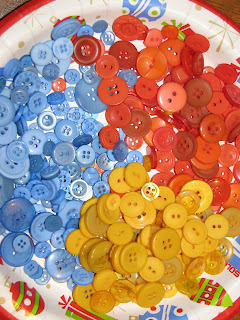 For this craft I used a tacky craft glue.  I wasn't sure if regular old white glue would hold the buttons on.  I put the glue on and Little Monkey used a foam brush to spread it around.  I let him decided what buttons he wanted where.  He had lots of fun with it.  I think he was more excited that I was actually letting him play with all the buttons.  He had found the button stash a little while ago and I told him he wasn't allowed to play with them.  YAY for finally getting to play with the buttons.  When we were done Little Monkey wanted to help put the buttons away.  I am glad he was thinking.  It turned into a great sorting and fine motor activity.  He put away a good amount before he declared "I'm done" and went off to play with his cars! 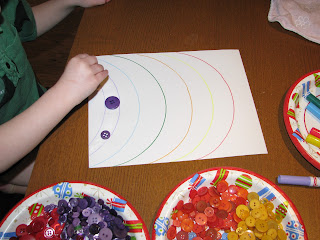 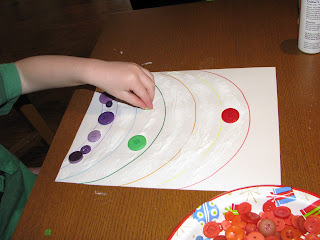 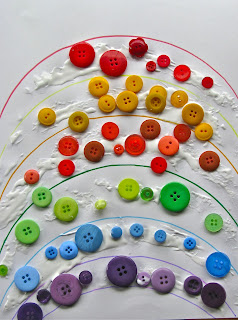 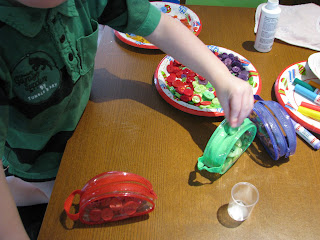 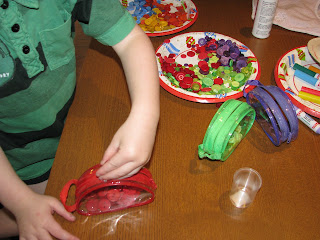 We really had fun with this one.  I am trying to figure out something else to do with buttons.  Don't worry I am sure I will come up with something :)
Next up for the blog is, tissue paper shamrocks, green yogurt chips, and an adorable outfit for Little Princess.
Posted by gransonfamily at 1:09 PM